Happy quarantine birthday! Who would’ve thought that this year would turn out this way? We have so many plans for this year, and I can still remember vividly how we’ve been arguing on how to spend my birthday before the quarantine was imposed. That was in March, it’s been three months and we’re now celebrating your birthday but we still haven’t seen each other since. It’s really frustrating because I miss you so bad. But as I’ve said in my birthday post, we have to be strong while being apart right now, so we can spend a lot of birthdays together in the future.

I know it’s hard celebrating at a time like this, but I hope you enjoy your cake and my not-so-surprise birthday gift that we’ve been talking about for weeks! Haha! I don’t like to be all that cheesy, but I want you to know that I will always love you and you will always be the best decision that I have made for my entire life. I am still happy that I’ve chosen to be with you and I will keep choosing you. I knew you were the right one because you never tolerated my immaturity during my red days even when we argue about it most of the time. I really do appreciate it because you are helping become a better version of myself.

I would also like to thank you for always being the stronger person in our relationship, I know that there are times when you also feel down because, hey, you’re also human. Yet, you always put me first by trying to appear strong for me and I will always appreciate you for that even if it may not look like so. I would also like you to know that I appreciate your patience and selflessness when it comes to understanding my overthinking, I know it’s also hard for you, but you always manage to help me through my episodes.

With all that, I wish you all the blessings that you deserve. I am looking forward to more adventures throughout the years with you. Thank you for making me feel the most alive I’ve been in 26 years. You are the greatest thrill and adventure of my life.

Thank you for your existence.

Yours for always,
Lenn

July: I have known you for almost a year before my heart realized that it was you that was missing in my life. With you, it was never like the love at first sight kind of love; it was more like walking into a place I’ve never been but instantly felt like I was home.

August: It was in between whispers, laughter, and genuine smiles when I first heard you say you love me out loud. I could literally hear your heart beat faster and faster and all I came up with was a smile. Little did you know that I kept wishing that moment never had to end.

September: I once had a dream where I was at the beach, just enjoying the fresh air and beautiful view. As I was walking along the shoreline, I saw something moving in the sea — it was you. It was such a weird dream given that we don’t talk all that much before, but you were swimming towards me and I didn’t know what it meant at the time until the day I saw you in a different light.

October: A few months ago, I ran out of motivation to push forward and do better; I used to drag myself out of bed and convince myself that I still have a purpose. But then you came and I’ve never felt that alive in a long, long time.

November: I feel like I am always in a grand adventure when I’m with you; not just because you liked going out and exploring so many places, but even when we’re sitting beside each other sharing our dreams and how we’ll one day take over the world. It was an entirely different planet, an entirely different universe, and the best part of it is that we’re the only ones in it.

December: It was the holidays and I wanted to be with you so bad I wanted to tear the whole world apart for being so unfair, but you were always such a ray of sunshine with all the positivity that you impose which made me realize the brighter side of things; that knowing that you’re mine and I am yours is enough for the meantime.

January: There are days when I felt like I am drowning, but being the swimmer that you are, you always save me even from the monsters inside my head.

February: I received a very pink boquet of roses, and I never liked receiving flowers until it came from you. You were always so thoughtful and sweet and loving, I wanted to hug you forever.

March: It was my birthday and you surprised me with one of the books I’ve been eyeing whenever we visit a bookstore and you were so worried that I wouldn’t like it. Oh, you were so adorable, you didn’t know that just one of those tight hugs would be good enough a gift.

April: We spend almost everyday with each other but I still can’t get enough of you.

May: It was somewhere near our anniversary that I suddenly felt fear because I know that I wouldn’t be able to live the same way if everything turned out differently in the end; I never want to lose you.

June: We spent 10 days out of the country and I never really cared how beautiful all those places were because all that mattered to me was being with you.

My life has been so colorful since you came, I have no words to describe the feeling you give me. You are such a wonderful blessing, I could never thank you enough for simply existing and crossing paths with me. I love you, always. 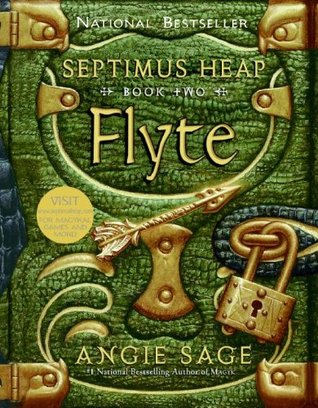